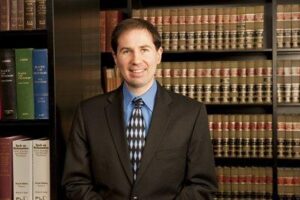 Tim Elder is a civil rights litigator focusing on disability discrimination cases. Prior to establishing the TRE Legal Practice, he was associated at Brown, Goldstein & Levy as a Disability Rights Fellow. He has helped secure injunctions against testing entities for their failure to accommodate disabled students, negotiated groundbreaking settlements with publicly traded companies, tried employment discrimination claims before juries and argued before federal trial and appellate courts.

Tim graduated magna cum laude from the University of California, Hastings College of the Law. During law school, he externed with the Hon. Marilyn Hall Patel of the U.S. District Court for the Northern District of California. He also clerked for the Legal Aid Society Employment Law Center in San Francisco, where he worked on complex employment discrimination cases and represented low-income workers at administrative hearings. In 2008, Tim was awarded the TenBroek Fellowship for commitment to disability rights, and in 2010, Tim was a recipient of The Daily Record’s VIP by 40 Award, which recognizes younger professionals in Maryland for their professional accomplishments, civic involvement, and impact of achievement. 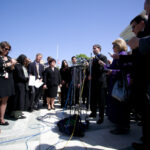 Tim regularly presents on the topic of disability law. He holds leadership positions in the American Bar Association and the National Association of Blind Lawyers. He is also a Fellow of the American Bar Foundation. Through his civic involvement, he actively works to promote diversity within the legal profession.

Founded by Timothy Elder, TRE Legal Practice is a civil rights law firm fighting discrimination and specializing in the rights of the blind and other disabled people to access employment, education, government programs, public accommodations, accessible technology and all other aspects of society.

A new episode of The #InclusionHubPodcast drops tomorrow!

In the meantime, enjoy this snippet from Episode 4, featuring Timothy Elder, principal attorney at the @TRELegal, which specializes in digital accessibility litigation.

As for the aforementioned luminaries, we enlisted the help of 2 experts: @Mayerson_Arlene, founding director of the cross-disability civil rights law and policy center @DREDF and Tim Elder, principal attorney at @TRELegal, which specializes in digital accessibility litigation.